After some attempts mapping with Svelte, I missed using canvas instead of SVG. SVG has the advantage that integrates very well with Svelte, since it’s an XML and the nodes can be managed as if they were HTML. On the other hand, Canvas is more efficient, but it has to be generated entirely with JavaScript.

At the same time, I found Konva, a promising library to draw Canvas elements and make them interactive in an easy way. It allows animations, Drag and Drop, actions, filters, etc. so it’s possible to do the same things as in SVG. I didn’t find any example of Konva for drawing maps, so here we’ll find a declarative way to do it, using Svelte.

Let’s see first how to plot something using Konva and Svelte. You can check the source code at Svelte REPL. Be patient, since it has to load the npm modules!

The code here is short, and we have only one component:

The example is not bad, but it’s not using any Svelte style coding. It would be cool declaring things like:

Then, we could use a store to put as many elements as we wanted, for instance. Let’s see how to to that. Check the interactive example here 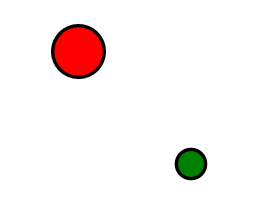 We’ll create a component for the Stage, another for the Layer and finally, a Circle component that acually draws a circle.

Then the Layer component:

Finally, the Circle component is:

And now the cool part. To create the drawing, we only call:

So now, with the knowledge from the previous examples, we can create a map. I created an intermediate (simpler) version of the map, in case somebody wants to take a look. The final version is here. 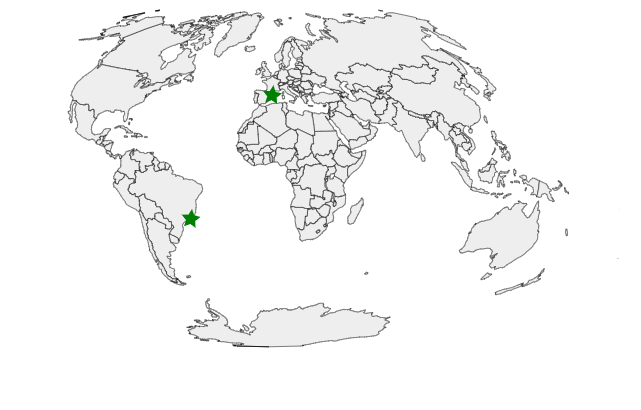 Let’s start from the other side now! The App.svelte file is this one:

The projection and D3 GeoPath are defined in their own file so they can be accessed from all the components:

Finally, the markers with animation:

I’m very happy with the result. In not many hours, I could make a base for mapping in an easy way with all the Svelte capabilities. Svelte is awesome!