Basemap is a great tool for creating maps using python in a simple way. It's a matplotlib extension, so it has got all its features to create data visualizations, and adds the geographical projections and some datasets to be able to plot coast lines, countries, and so on directly from the library.

Basemap has got some documentation, but some things are a bit more difficult to find. I started a readthedocs page to extend a little the original documentation and examples, but it grew a little, and now covers many of the basemap possibilities. 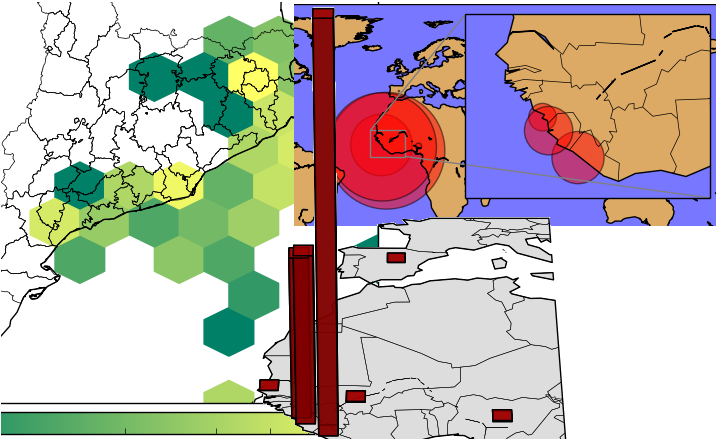 Some of the examples from the tutorial

The tutorial can be found at http://basemaptutorial.readthedocs.org/, and all the examples and its source code, at GitHub and it's available for sharing or being modified by adding the attribution.

I would really appreciate some feedback, the comments are open!