Using D3js with canvas is great for mapping, sice the performance you get in the client's browser is really better than using SVG. This is because the browser doesn't have to put in the DOM all the drawn elements, which in a map are usually not important (the background map, for instance). An example of this can be seen in this example with dynamic projection.

Also, a raster map can be created, as in this other example. Or even faster styling as in the chalkboard map example.

The problem in using canvas is the retina display devices, like the IPhone. We'll see how to manage this case in this post.

The image below shows the problem when drawing canvas with a retina display: 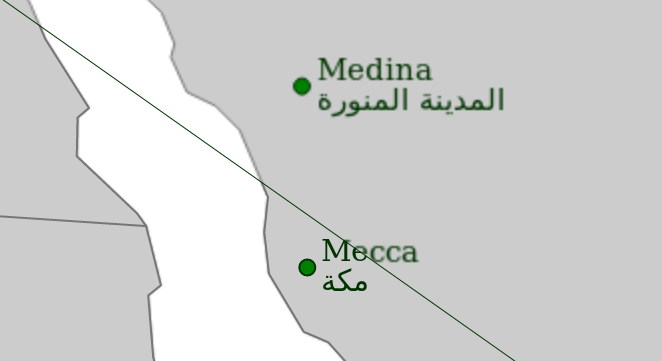 When setting up a canvas element, the numebr of actual pixels in a retina display is 4 times the declared in the canvas. That's why the computer interpolates the drawing and gets the blur effect.

You can see the example in the image here. If you don't have a retina display device, all the parts of the map will look ok. Take a look at the section below to simulate the retina display.

The way to solve it is pretty simple, just add:

What if I don't have any retina display device?

I don't have it neither! Fortunately, firefox allows a way to simulate it: